Who doesn’t remember the patented high step of the man affectionately known as both Prime Time and Neion Deion?  The most flamboyant, and well known Atlanta Falcon of all time, is undoubtedly dual sport athlete and member of the pro football hall of fame, Deion Sanders!

Deion made an immediate splash into the mainstream sporting world in the fall of 1989! The dual sport star hit a home run for the New York Yankees which he followed by a returning a punt for a touchdown in his debut for the Atlanta Falcons 5 days later. Deion later signed with the Atlanta Braves as a free agent in 1991 where he captivated an entire city!  Take a look at these collectibles which help bring Deion’s greatness of the past back to the present. 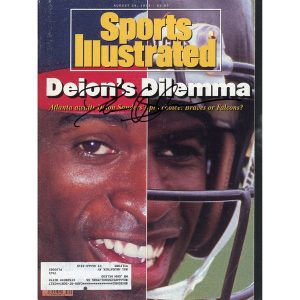 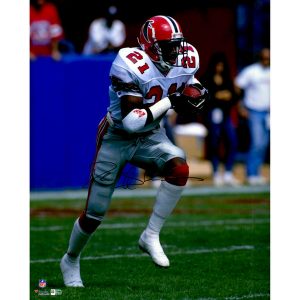 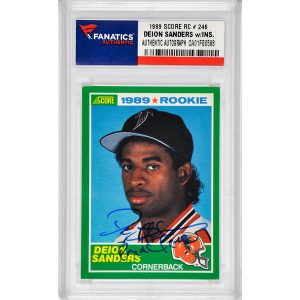