Falcons #1 draft pick Takkarist McKinley immediately went viral after being selected #26 overall at the 2017 NFL draft. McKinley brought a picture of his late grandmother with him to the stage, fulfilling the promise he made long ago of making it to the NFL. An emotional interview with Deion Sanders led to McKinley dropping the “F” bomb which has both humanized and endeared McKinley in the hearts of Falcons fans around the city!

Support the rookie and check out his official Nike jersey 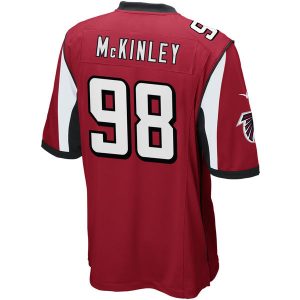