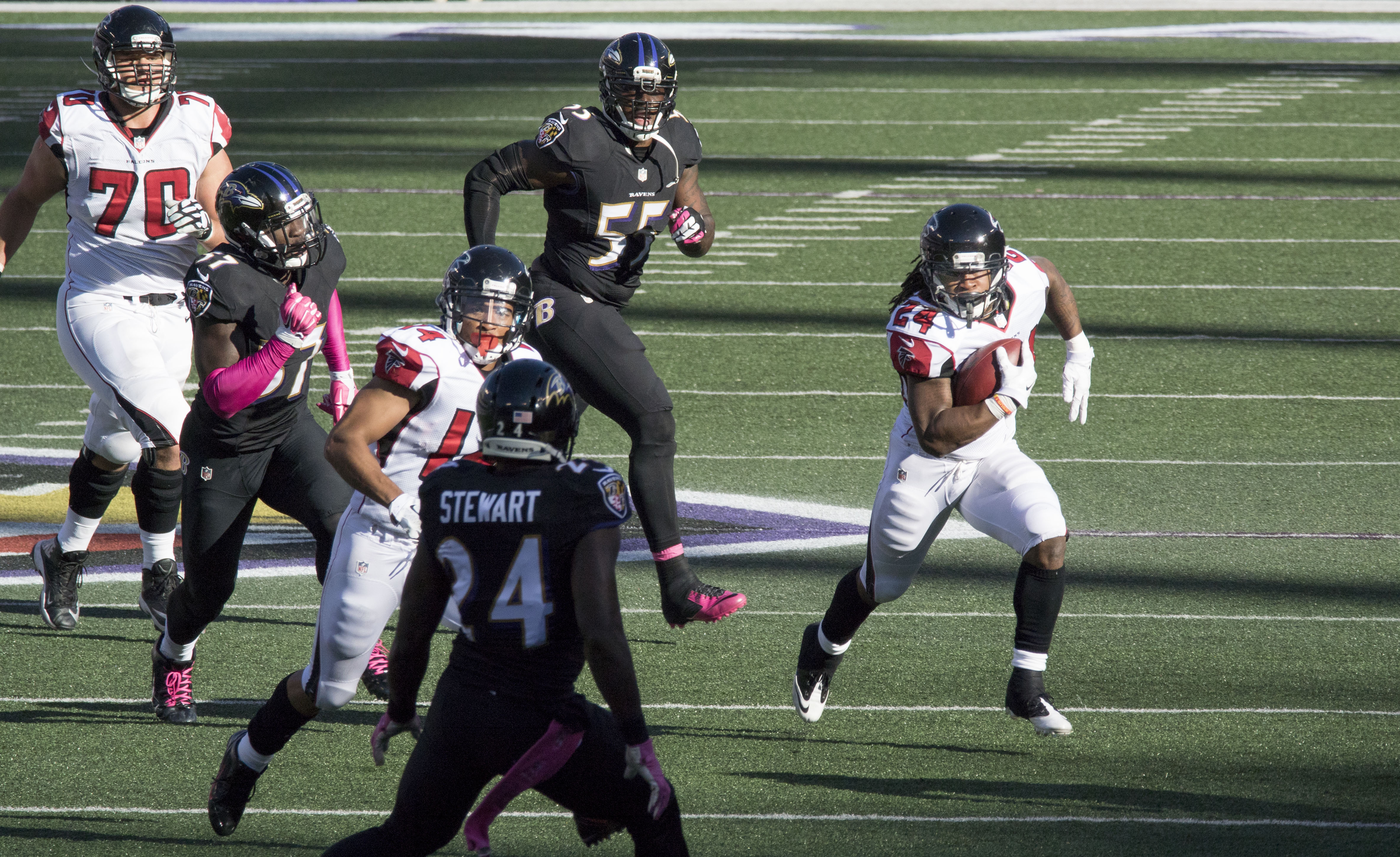 The biggest question of the offseason has yet to be answered, will the Falcons sign Devonta Freeman to a long term extension?  The running back has been nothing short of spectacular in his first few years in the league. With limited cap space and a formidable and cheaper backup in Tevin Coleman, it remains to be seen what plans the Falcons have in store!  The Falcons cap space this year is projected to be between $4 and $8 million.  If the cap number ultimately lands on the high end, expect the Falcons to sign Freeman to a long term extension. If not, 2017 will most likely be the last year we see Freeman in a Falcons uniform as he will command a high price on the open market!

What do you think the Falcons should do?